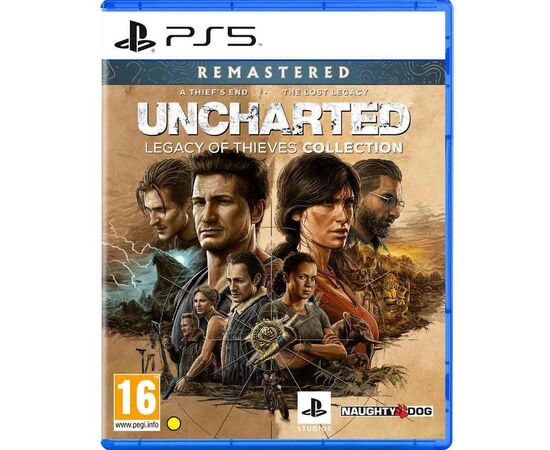 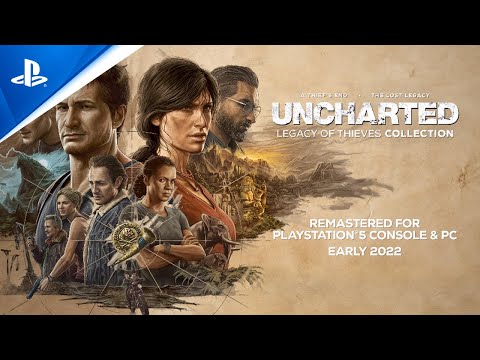 Add to this product
Video gallery

Discover lost history with the charismatic yet complex thieves, Nathan Drake and Chloe Frazer, as they travel the world with a sense of wonder, pursuing extraordinary adventures and lost lore.

UNCHARTED: Legacy of Thieves Collection includes UNCHARTED 4: A Thief’s End and UNCHARTED: The Lost Legacy remastered for PS5™. Play as Nathan Drake and Chloe Frazer in their standalone adventures as they are forced to confront their pasts and forge their legacies.

Several years after his last adventure, retired fortune hunter Nathan Drake is forced back into the world of thieves. Fate comes calling when Sam, Drake’s presumed dead brother, resurfaces seeking his help to save his own life and offering an adventure Drake can’t resist.

To recover an ancient artifact and keep it out of the hands of a ruthless warmonger, Chloe Frazer must enlist the aid of renowned mercenary Nadine Ross and venture to India’s Western Ghats to locate the Golden Tusk of Ganesh. In Chloe’s greatest journey yet, she must confront her past and decide what she’s willing to sacrifice to forge her legacy.